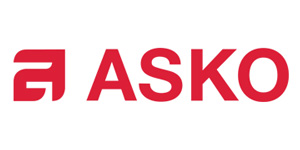 Asko Spare Parts. Asko Appliances AB is a Swedish company producing household appliances such as refrigerators, dishwashers and washing machines. They were founded in 1950, and serve a worldwide market. in 2009 they were bought out by Gorenje from Slovenia.

We are Asko parts experts, and know all the tricks of the trade when it comes to sourcing the correct Asko appliance parts. For example, Asko part numbers used to have a free-form format similar to this example: 8076903-77. Since the merge, however Asko have changed all of their part numbers over to a 6-digit system used by Gorenje, like this 246970. All old part numbers will have a corresponding new part number but many parts places do not have this correlation information.

Types of appliances sold by Asko in Australia include just about everything:

We hold large stock holdings and have arguably the best variety of Asko parts in our warehouse of any Asko spare parts distributor in Australia, so you know you can rely on us to have the Asko part you need.

If you have an Asko Fridge, Asko Dishwasher, Asko Washing machine or dryer, or any other Asko Appliance and you require Genuine Asko spare parts, we can help you.

Doug Smith Spares offers a variety of pickup locations and Australia wide delivery, so why not drop us a line or send us an email? Solve your Asko Appliance spare parts problem today!

Below is a selection of the Genuine Asko Spares which we hold in stock, available on our online store